Another coffee (thanks Tracey!) and some chicken flavoured chips later and I was ready for another game.

This time I swapped out the hero for some flyers (impressed by the performance of Nick's in the last game), taking pretty much the '100 Years War' list: 6 x shooters (bow), 2 x knights (men-at-arms), 2 x blade (billmen... stiffened by dismounted knights, which apparently happened a lot while on campaign - the nights were long and cold), and 2 x flyers (Irish light horse and psiloi).

And as I rolled for the defender again, I took up a nice defensive position in the centre of the board. 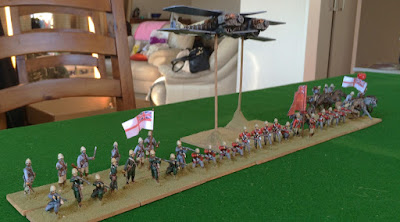 Setting up most of his force opposite mine in the centre. 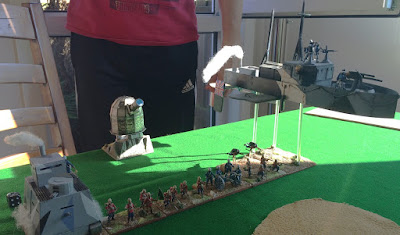 But also doing tricksey things with some flanking elements on my far left. 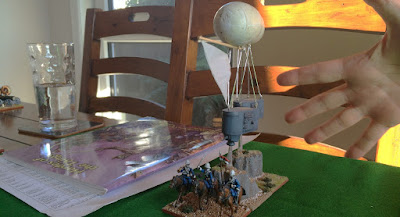 After photos were completed we started the game. 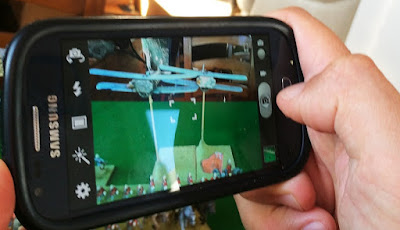 On my left flank, Nick began his flanking maneuvers with the flyers. 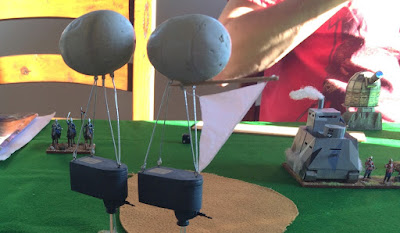 While beginning the advance in the centre. 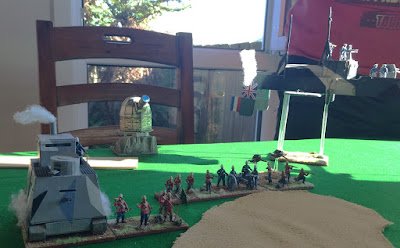 I moved up the Geiger Moths to face the airboat.

And advanced the centre.

I think Nick must have rolled poorly for PIPs as the next shots I have are of my growing and enthusiastic application of my flyer's distance. Having feinted on the left flank I shot one of the flyers behind Nick's centre. 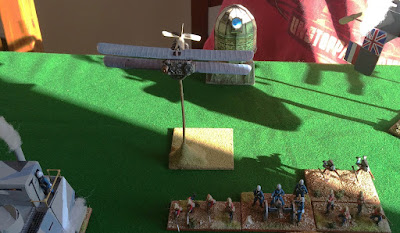 And continued to taunt the airboat. 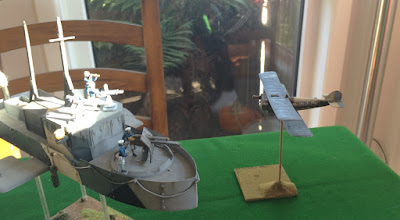 Nick took the bait in the centre and we went head to head, flyer to flyer, which resulted in a recoil. 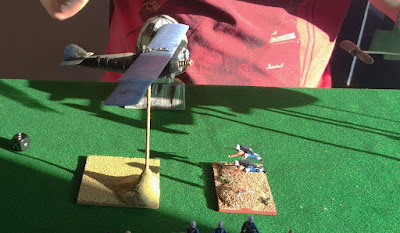 And the airboat captain took the bait on the flank. 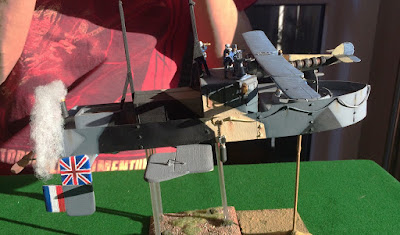 But I recoiled out of danger and in my next turn rolled away from the combat and into Nick's centre, to start turning his line, or at least disrupting it - which resulted in a drawn combat. 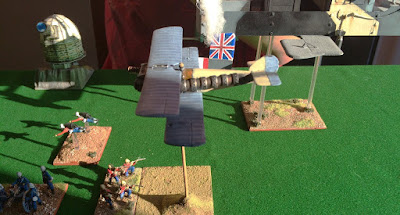 While at the same time feinting away over to Nick's right flank to ZOC his knights. 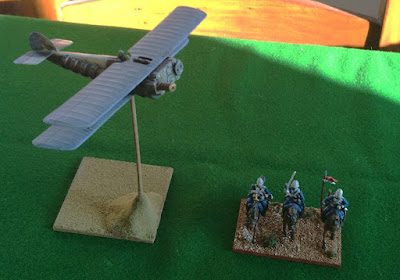 Nick countered my threat in the centre with the airboat and I would humbly suggest that, because I have no further pictures of that Geiger Moth, it met its end in the combat. 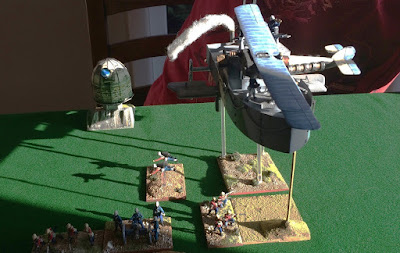 Having caught the flying bug I spotted an opportunity to take one of Nick's flyers out and flew across the board to contact his flyer in the rear... hoping to recoil it into its fellow flyer. 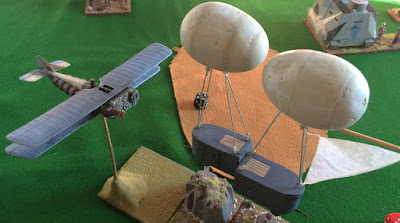 But I ran out of steam and lost another flyer... while in the centre things were getting serious as Nick moved up his army. 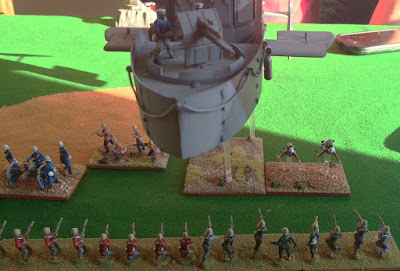 And the centre was poised for combat

Nick flanked my line on the left... 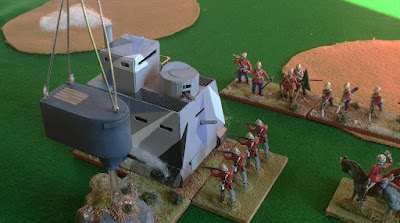 ... and started rolling it up.

I rushed my knights in to help. 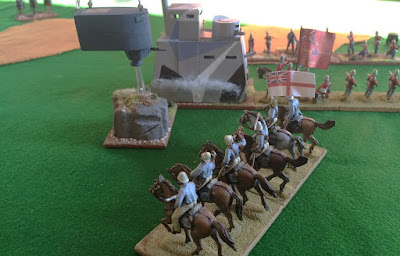 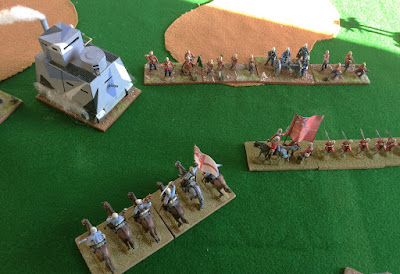 I pressed forward on my right, having already recoiled his flyer unit. 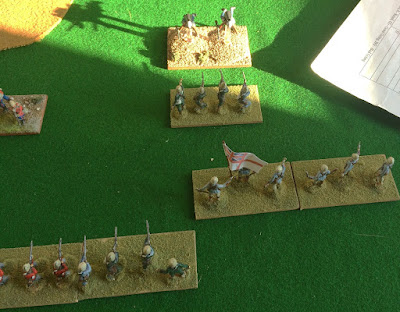 My firing line continued to do damage in Nick's line. 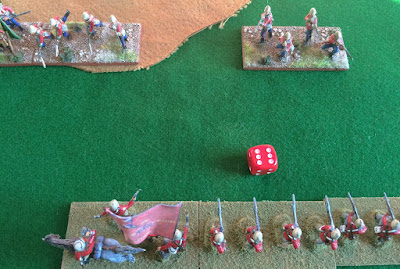 While Nick went for my knights and forced a recoil... 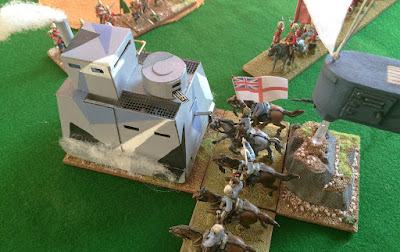 ... and ended their knightly occurrences. 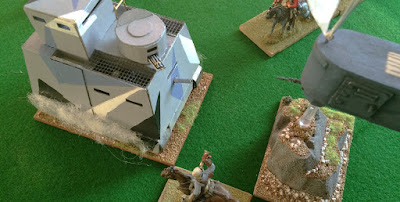 Continued and focused firing from my line resulted in another one of Nick's flyers and another shooter going down. 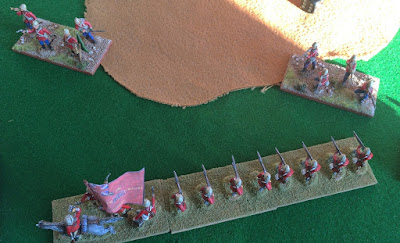 Meanwhile Nick pushed forward on my left flank with the behemoth, to engage the knights and... 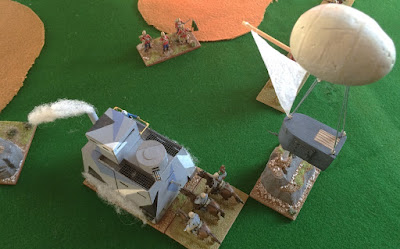 ... it went down, taking my tally to 11 points with one more element to go.

Nick's flyers came in for the kill... 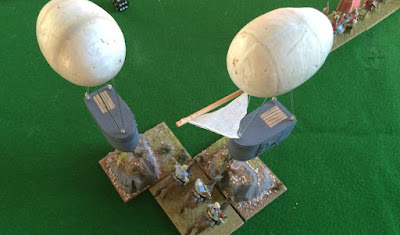 ... while I straightened the firing line on my right. 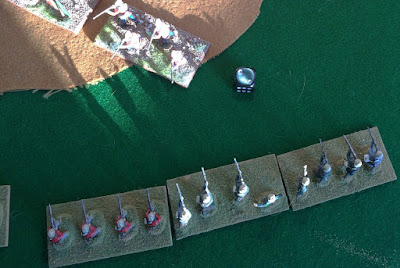 The knights saw off the flyers. 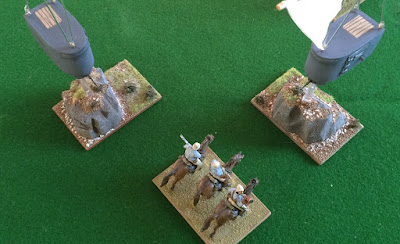 And the firing line scored the final points by taking out another of Nick's shooters. 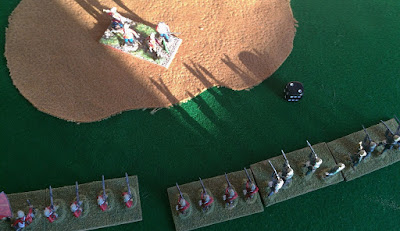 Another close game 13-8 with the shooters performing particularly well and with Nick's army slightly undermanned.

While HOTT may not have the nuances of 'character' that skirmish rules and RPGs provide,  it's still a fun fantasy game after all this time.

I love it's tongue-in-cheek approach which is limited only by players' imaginations... now where did I put those mythical Egyptians?

PS: I wonder if trying HOTT with DBA 3.0 movement and range factors, wouldn't make it even better.
Posted by Jackstorm at 10:59

Jackstorm
My blogs on wargames, life, music, horses, and free novels. All supporting the theory that there is more than one reason I'm single.